“Elk Meat Chips goes in Wild Foods menu and BD DOG Treats” has been added to your cart. 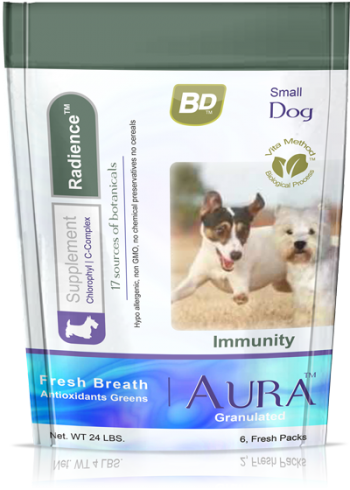 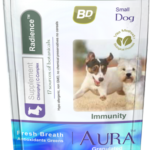 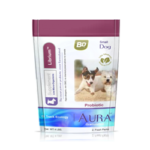 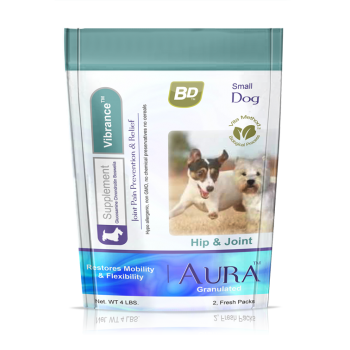 Chlorophyllin in AURA™ Radience™ – The pigment chlorophyllin is vividly seen in green vegetables. Scientific studies indicate that chlorophyllin may be the most potent nutrient to protect against environmental DNA damage.

Balance Diet™ AURA™ Radience™ is an immune boosting V System™ component. When used with Velamin™ and Regale™ Melafluos™ is part of an economical, easy to use high quality nutrition regimen.

AURA™ Radience™ has potent antioxidant properties. Recent studies have revealed yet again how antioxidants promote good health, by boosting the natural ability of the immune system to fend off disease. Studies reveal direct evidence that antioxidants can help the body fight infection caused by pathogens like bacteria and viruses. According researchers, this immune boosting activity may also underlie antioxidants protective effects against cancer. Earlier research has linked antioxidant consumption. Earlier research has linked antioxidant consumption with with protection against heart disease and various kinds of cancer, an effect attributed to certain antioxidant polyphenol compounds. New studies show that frequent consumption of antioxidant rich substances boost immune activity by stimulating the production of important antigens. Analysis of blood samples show that with the consumption of antioxidant rich substances (fruits, vegetables, herbs, etc.) significantly stronger immune responses occur against bacteria than did samples without. According to researchers L-Theanine, an amino acid found in antioxidant rich plant matter, acts as a precursor to an important type of antigen called alkylamine antigen. Antigens are immune-system components that prompt the body to create antibodies. The interaction between antigens and antibodies is a key aspect of the immune-systems disease fighting abilities. Antigens may be formed within the body, or, as in the case with alkylamine antigens are associated with tumor cells, bacteria, parasites and fungi, but also with plant products, such as is found in AURA™ Radience™.

When your dog consumes AURA™ Radience™ the liver processes L-theanine into an alkylamine antigen called ethylamine. In turn ethylamine primes certain immune cells (known as gama delta T-cells) to mount a “memory response” when the encounter the antigen again in the future. This research has important implications for AURA™ Radience™ that dietary intake of antioxidants and polyphenlos found in fermented in vegetables, fruits, and herbs containing alkylamine antigens or their precursers can prime gama delta T-cells, that then can provides natural resistance to microbial infections and tumors. Conclusion: AURA™ Radience™ helps to maintain excellent health and Vitality…Radience!

Be the first to review “Radience™ Antioxidant Liquid” Cancel reply