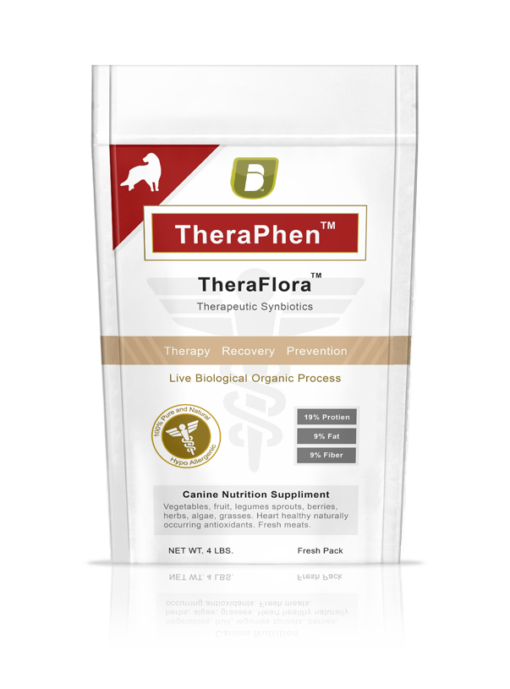 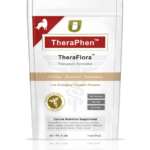 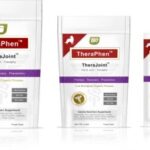 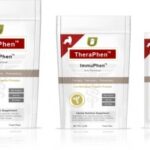 ImmuPhen-Anti-Parisitical
0 out of 5
( There are no reviews yet. )

TheraFlora™ has a precision balance of nutrients your dog requires for a longer, healthier life!  Expertly hand crafted in USA
TheraPhen Supplements not food

A Synergy of Pro & Pre Biotics…

Prebiotics-food substances intended to promote the growth of certain bacteria in the intestines.  Prebiotics also supply nutrients for the probiotics.

Synbiotics-are a supplement that contains both a prebiotic and a probiotic that work together to improve the “friendly flora” of the intestine. A synbiotic product should be considered a “functional food” rather than some obscure chemistry formulation.

TheraFlora™ is a true synbiotic product, that is, functional living nutrient based supplement. Since they supply the live bacteria and the food they need to survive. However, evidentally not all such products promote symbiosis. The best synbiotic combinations currently available include bifidobacteria and fructo-oligosaccharides (FOS), Lactobacillus GG and inulins, and bifidobacteria and lactobacilli with FOS or inulins.

The main reason for using a synbiotic is that a true probiotic, without its prebiotic food, does not survive well in the digestive system. To enhance viability, not only on the shelf but also in the colon, the product must allow for much greater attachment and growth rate of the healthy bacteria in order to minimize the growth of harmful bacteria.

Without the necessary food source for the probiotic, it will have a greater intolerance for oxygen, low pH, and temperature. In addition, the probiotic will have to compete against other bacteria that will take over if its specific food source is not available. Therefore, a “symbiotic” product (probiotic + prebiotic = synbiotic) makes for a better choice.

Be the first to review “TheraFlora™ Synbiotics” Cancel reply